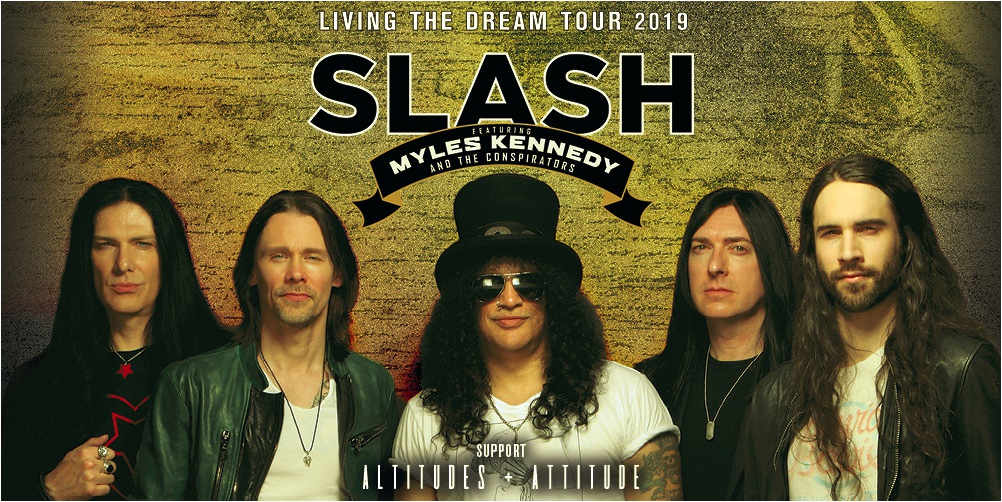 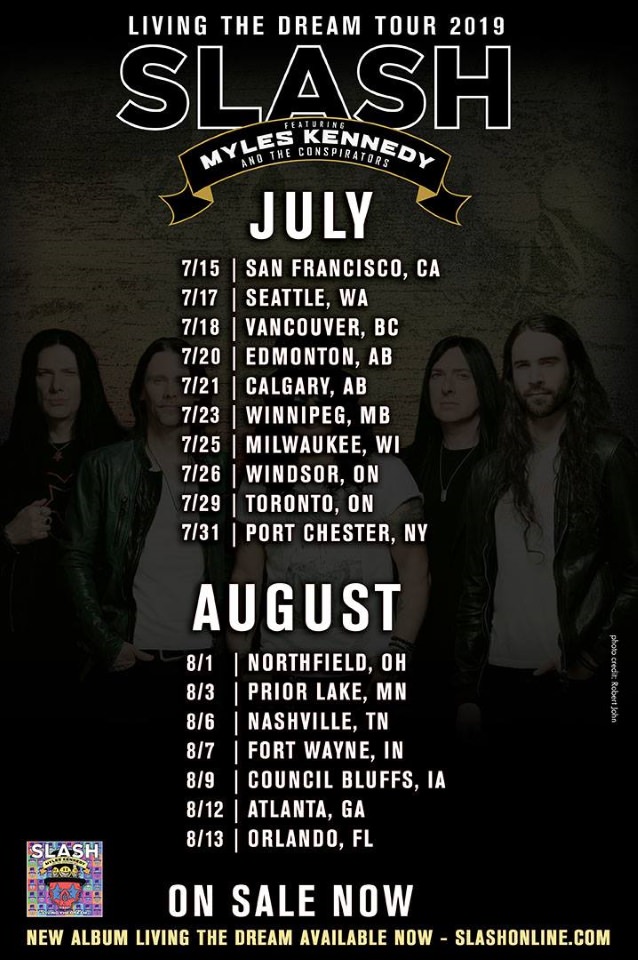 It’s been four years since we last heard new music from SLASH. But the guitarist has hardly spent that time relaxing—far from it, in fact. First, there was an 18-month, 20-country world tour in support of the second SLASH FT MYLES KENNEDY & THE CONSPIRATORS album, 2014’s World On Fire, which saw the band play to packed houses everywhere from the U.S. to the U.K., Europe to Australia, South America to Southeast Asia. Then, almost immediately after the tour wrapped in Las Vegas on New Year’s Eve, 2015, it was announced to the world that the guitarist, after roughly two decades away, would be rejoining Guns N’ Roses in a historic reunion with Axl Rose and Duff McKagan. Since then, SLASH and his Gn’R bandmates have crisscrossed the globe on multiple arenas and stadium jaunts, playing to millions of fans the world over on what has been a record-breaking tour.

But even with all the reunion activity, SLASH’s band was never far from his mind. “I always planned on getting back together with the Conspirators as soon as possible, and continuing on with what we started,” he says. Which brings us to LIVING THE DREAM, the new full-length offering from the group—which, in addition to SLASH and singer KENNEDY, also includes bassist TODD KERNS, drummer BRENT FITZ and, making his recorded debut after several years of live work with The Conspirators, rhythm guitarist FRANK SIDORIS. The album, their third overall following World on Fire and 2012’s Apocalyptic Love, is possibly the band’s strongest collective statement to date. From the barnstorming, high-octane riffery of opener “Call of the Wild” to the wah-drenched funk rock of “Read Between the Lines,” the haunting majesty of “Lost Inside the Girl” to the swaggering deep-in-the-pocket Seventies grooves of “Serve You Right,” the stately, quasi-classical melodic themes of “The Great Pretender” to the massive hooks and anthemic, singalong choruses of first single “Driving Rain,” LIVING THE DREAM packs a compendium of sounds and styles into 12 tightly arranged and sharply executed tracks, all of it shot through with SLASH’s trademark electrifying and dynamic riffing and high-wire, lyrical solos.

The Colosseum at Caesars Windsor